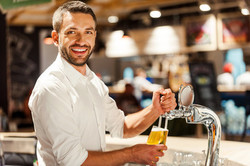 Let’s face it: everyone wants to be a bartender. Even if they say they don’t want to be a bartender, they’re lying. Like a sack of cement. I’m not saying they want to do it full-time as a career, but I’ve seen the envy in their eyes when they come out after work, margarita in hand, watching me shake up cocktails and pouring draft beers and talking with swarms of people and swooping tips off the bar.

Why is that? What is this charisma that’s attached to being a bartender? Why can’t the guy bagging your groceries be the one all the girls want to go home with? After all, he wants to get laid too. It’s not his fault that his job description involves putting cauliflower in a bag instead of ice and vodka in a glass.

But I digress, this article isn’t here to answer the question of why bartending is one of the most highly-coveted blue collar jobs in the world today. The purpose of this article is to share with you precisely why you should become one of them. So let’s get started with the:

9 REASONS YOU SHOULD BECOME A BARTENDER

REASON #1: THE MONEY – Let’s not fuck around and save this one until the end. This isn’t a David Letterman countdown. The money that you can make bartending is insane considering the minimal education and training required. I know you all think that memorizing drinks and learning how to make them is this highly-stressful process, but you can stop it right now. With 2 weeks of studying you can memorize more than enough cocktails to work behind a bar. That’s much easier than 4 years of college. How much money can you actually make bartending, you ask? You can click here to read: How Much do Bartenders Make. Or you can watch the video.

REASON #2: THE PEOPLE YOU MEET – This could also be called “Networking” but how boring is that? Besides, you aren’t really networking. You’re just providing a great experience for them, and in the process people become drawn to you. Trust me, when I was bartending in the S.F. Bay Area, I received Niners, Raiders, Giants, A’s and Warriors tickets all the time. I was given gym memberships, offers to bartend at super high-class parties where I met more influencers. I was even offered jobs and when I eventually started my own business, people offered to invest in it. And the beautiful part: they come to you. People love a good bartender and it creates the opportunity of finding kindred spirts. The money is great, but the people you meet have even more value than the tips you bring in.

REASON #3: THE SOCIAL SKILLS YOU’LL ACQUIRE – I’m going to speak directly to the painfully shy and introverted here. I know that you’d love to bartend but you’re petrified of getting behind the bar and either screwing up or not knowing what to say to the guests. It’s ok. I mean it. It’s ok. I was painfully shy as a teenager and even into college. I started out serving which helped, but becoming a bartender changed my life as far as getting over the fear of talking with people and carrying on a conversation. Sure, you need to be engaging and have a friendly personality, but as long as you engage your guests when they come in, most of them will carry the conversation if you just ask them a few questions. I credit all my social skills and courage to my bartending career. It’s the best thing that could have ever happened in that regard. 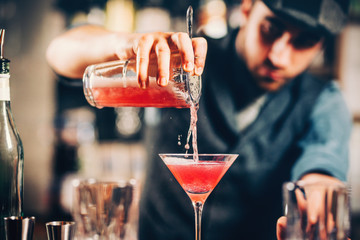 REASON #4: THE ROCKSTAR LIFESTYLE – Ok, enough about social skills and conversations. Let’s cut to the quick. Being a bartender can be very similar to being a mini-rockstar. I’m not going to be so bold as to say we are rockstars, because there’s enough god complex bartenders out there to make me want to impale myself on a Samurai sword, but when it comes to the blue collar job world, it is definitely a rockstar lifestyle. Mostly because alcohol is involved and people are out partying and letting off steam, and we all know that letting off steam can lead to some pretty wild nights. Very often with the bartender. Why is that? Well, it’s because of…

REASON #5: YOU INSTANTLY BECOME 50% MORE ATTRACTIVE – I’m not bullshitting you here. This comes back to the question we asked in the beginning: “What is this charisma that’s attached to being a bartender?” And here’s why: just like rockstars or sports stars or actors or any stars at all, bartenders are the center of attention, and when someone is the center of attention, people want a piece of him/her. Now, they aren’t on the same level as celebrities, but even on this small stage, people need the bartender so they can get their alcohol and have a good time. The more people want to talk to the bartender, the more unattainable he/she seems and unattainable people are instantly more attractive. As a result, as a bartender, you will get laid a hell of a lot more than the regular Joe’s out there. If I haven’t convinced you yet, think about some of the rockstars and celebrities out there who are getting laid left and right: Mick Jagger, Steven Tyler, Kidd Rock, Lady Gaga, Sia, Howard Stern. These people are not attractive (to put it nicely), but they are the center of attention and everyone wants a piece of them. Bartenders are a sub-species of this lifestyle. 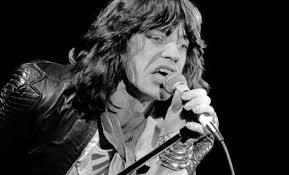 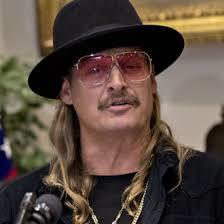 Would you sleep with either of these men? Even if you’re a heterosexual male, you can appreciate what I’m talking about here.

REASON #6: YOU CAN DO IT ANYWHERE – There are hundreds-of-thousands of bars around the world, and if you have bartending experience, you can travel anywhere and land a job. I know guys who travel the world from country to country, stopping along the way to work as a bartender for 6 months before moving on to live in another place. It’s rare to find many other professions where you can do that and make a decent amount of money.

REASON #7: IT’S NOT A DESK JOB – If there’s one thing that bar and restaurant industry people have in common: they HATE the idea of working 9 to 5 in an office, sitting at a desk and crunching numbers or looking through reports. We need to be up and moving, we like to sleep late, we like staying up late, and we like the party lifestyle. Sure, the office/desk job is often considered more “normal” and respected, but that’s precisely why we don’t like it.

REASON #8: THE FRIENDSHIPS – Speaking of those who have “normal” jobs, you may think you have good friends where you work, but you have no idea the definition of workplace friends until you work in a bar. I’m not sure if it’s the alcohol they drink after their shift or because they go out to other bars after their shift is over, but bar industry people become closer than any other industry I’ve ever witnessed and it’s because they are always in an environment where everyone is having fun and that feeling stays with you and attaches itself to those around you.

REASON #9: THE THINGS YOU’LL SEE – Oh boy! This alone makes it worth it. The bar life is like no other profession. People are there for a purpose and alcohol allows them to live out that purpose (i.e. “their fantasies”). That guy using his tie as a headband and holding a Mai Tai in the air while dancing (badly) didn’t employ this sort of behavior while showing real estate to his clients today.  And the lady wearing the leopard skin skirt the size of a dinner napkin and swaying dangerously to the left and right as if on a ship?  I don’t remember her quite in that state while looking up a book for me at Barnes & Noble earlier that day.  She’s letting loose.  Hell, they’re all letting loose, and letting loose leads to bad decisions and wild acts of behavior that we only see on reality TV. And that’s after editing. Trust me, there is no better seat in the house than bartending and watching people live out their self-indulgent urges.

There you go, nine reasons why bartending is the best job in the world. If you’ve always thought about becoming a bartender (and you know you have), and you’d like to explore it further, start off by heading here to the home page on this site and downloading my free cheatsheet on the 7 Steps to Becoming a Bartender. It could be the first step to changing your direction in life.

Thanks for being here, and I’ll see you next time.